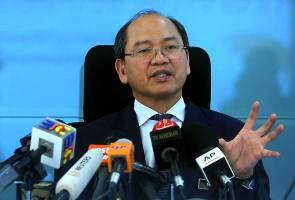 The gist of my article may be summarised into three points:
(a) Sabah and Sarawak need and deserve comparable powers in education, health and medicine, and labour as Singapore did under the Malaysia Agreement 1963 (MA63);
(b) A new federal deal that gives more power to both the two regions of Sabah and Sarawak and the 11 states of Malaya is possible if Sabah and Sarawak are to invite Malayan states to jointly push for decentralisation
(c) Malaysia needs an Inter-Governmental Committee 2.0 (IGC 2.0) consisting of 1 (Federal Government) + 2 (Regional Governments of Sabah and Sarawak) + 11 (State Governments in Malaya) to explore and negotiate decentralisation which can include:
a. At least concurrent powers in education, health and medicine, and labour and potentially other domains for the Regions and States;
b. Sharing of income tax revenues from a Region/State by the Regional/State Government;
c. An elected and empowered Senate where Sabah (including Labuan) and Sarawak together enjoy a clear veto; and
d. Elected governments for divisions (in Sabah and Sarawak) and municipalities and districts (in Malaya).
As Sarawak and GPS have repeatedly asked to have legislative or administrative powers in education and health/medicine, as well as greater fiscal autonomy, I am at a loss as why YB Fadillah rejects my proposal of a new federal deal.
This is not at all rejecting the efforts by the Keluarga Malaysia Government which signed a transformative and stabilising MOU with Pakatan Harapan, and individually by YB Fadillah and de facto Law Minister Datuk Seri Wan Junaidi Tuanku Jaafar to implement some promises of MA63.
However, this must not blind us to ignore that MA63 does not change the over-centralising nature of our Federation and also the fact that Sabah and Sarawak were hoodwinked into accepting less autonomy than Singapore in exchange of over-representation in Dewan Rakyat which has not been effective in protecting Sabah and Sarawak’s interests.
I would love to meet YB Fadillah and YB Wan Junaidi as well as any other political leader from any political coalition or party to advance the cause of decentralisation.
That is the only way for us to honour our founding fathers and mothers who opted to form Malaysia on this auspicious occasion of the 59th Malaysia Day.