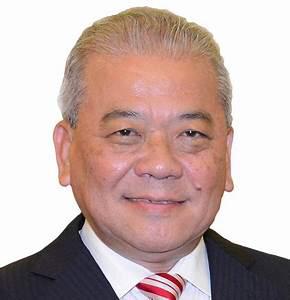 Its President, Tan Sri T.C Goh said the VOP provision introduced by the government following Covid-19, was aimed at addressing the increase in material costs during the Movement Control Order (MCO), where it allows the affected contractors to transfer the additional cost to the government. However, it does not include the private construction projects which are now feeling the pinch of rising construction costs.

He claimed to have received complaints and feedback from many affected private project contractors who lamented that, of late the prices of construction materials have been rising non-stop, and this has inevitably slowed down their construction or delayed its completion, or worse, in some cases causing them to make a loss.

Goh also called on the government to pay serious attention and to take measures to address this pressing issue affecting the construction sector, which he described as the locomotive of a nation’s economy which affects all and sundry.

He acknowledged that due to a host of issues like rising material costs, acute shortage of workers, and a weak property market which is experiencing slow recovery, many private contractors are currently in a dire situation of having difficulties to complete their projects or making a loss, besides not having the courage to undertake new projects.

He said, the high volatility in prices of building materials nowadays has made it difficult for the contractors to estimate their construction cost, thus making them more hesitant to undertake new projects. This may inevitably have a negative impact on the overall economic development of the country.

He thus hoped the government could quickly engage with the representatives of the affected sector, to listen to their plights and views, and to take appropriate measures to effectively address the issue.

He said, with the Covid-19 pandemic gradually improving and various economic and social sectors allowed to re-open, it is hoped that the construction sector too will recover, as soon as possible.

He lamented that while the whole world, Malaysia included, are gradually recovering from Covid-19 pandemic, there are nonetheless other significant issues like the ongoing Russia-Ukraine war, hike in global oil prices, and depreciation of Ringgit, which are inevitably posing great challenges to the recovery and growth of our economy.

He acknowledged that the ongoing high inflation is affecting all and sundry in an unprecedented manner and degree, and it needs to be promptly and effectively addressed by the government of the day.