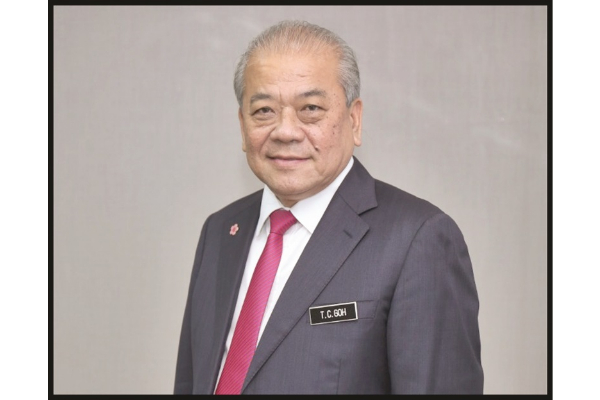 He believed such a sentiment is also shared by the people of Sabah.

He also hoped that Sarawak Chief Minister Tan Sri Abang Johari Tun Openg could appoint a Chinese as Deputy Chief Minister, and to fill his new Cabinet with sufficient number of Chinese ministers, so as to assist the Sarawak state government to better serve the Chinese community of Sarawak.

He acknowledged that Sabah and Sarawak which are both east Malaysian states have their own political direction, and in the last few state elections, the people of the two states had been exercising their voting rights to champion ‘political autonomy’ for the states.

“This is an important aspect which the Federal government should take serious note of,” he said.

In a statement issued today, Goh who is also President of the Federation of Sabah and Labuan Hokkien Associations (FSLHA) also expressed his respect and support for Sarawakian’s “Sarawak for Sarawakian” stand.

He continued that the people of Sarawak, the Chinese community included, had fully demonstrated their unity and political maturity, especially through the amendments made to the Malaysia Agreement 1963 (MA63) which were passed in the Parliament recently, to further consolidate the position of Sabah and Sarawak in the Federation of Malaysia.

“Under this latest development, the people of Sabah and Sarawak should strive to forge greater unity, in order to have more political power, to get Federal government to expedite the implementation of all those special rights for Sabah and Sarawak provided under the MA63, in order for the two states to realise their full potentials in various sectors,” he said.

He acknowledged that the recent Sarawak state election and amendments of the Federal Constitution, would allow Sabah and Sarawak to move forward to better regain their political autonomy, as enshrined in the MA63.

He also pointed out that, Sabah has had its state election last year while Sarawak just had its election recently, this means the state governments of these two states have tenure of at least four to five years, which is longer than the tenure of the present Federal government (which is less than two years), hence more time to develop the two states.

He hoped through greater political stability, Sabah and Sarawak could better pursue their political autonomy, and to spur greater development for the two states to benefit the people.

Besides this, he also congratulated all those candidates who were successfully voted into the Sarawak State Legislative Assembly, to serve their constituents, the state and the country.

“It was a deserving victory for Dato Sri Tiong who is also the MP for Bintulu as, all these years he has proven to be a caring, hard working and effective elected representative. Under his able leadership, MCBC too has been playing an active role in promoting bilateral relations between Malaysia and China,” he said.